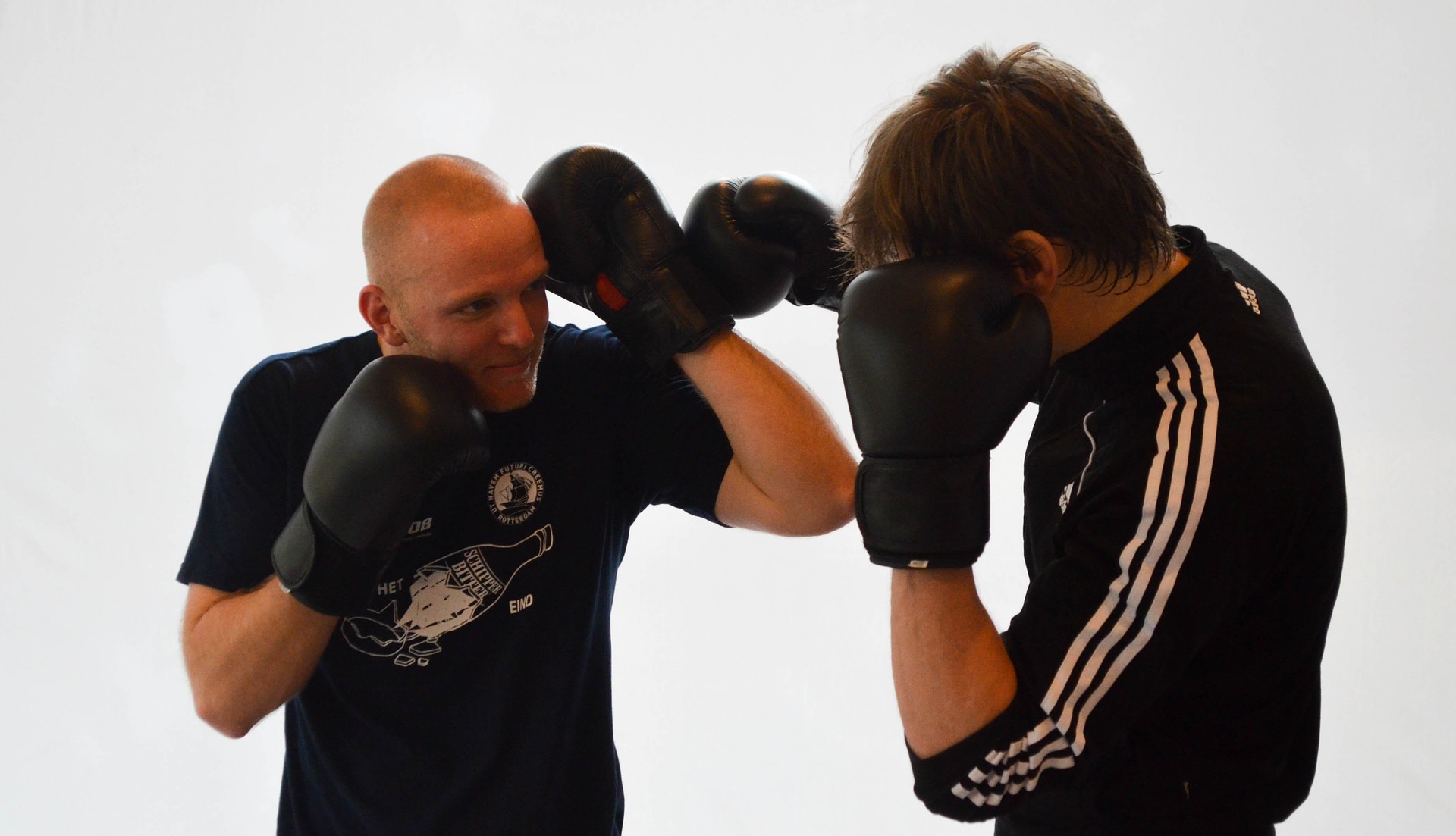 The art and sport of Kickboxing began in 1970 with the exhibition bout featuring Joe Lewis. Lewis was a Black Belt in traditional Karate and a student of Bruce Lee. He grew frustrated with point-fighting. Lewis felt point-fighting didn’t reflect a real fight, so he proposed a full contact bout using a karate and western boxing blend where a fighter could get knocked out.[1]

‟Lewis faced Kenpo stylist Greg ‛Om’ Baines… Lewis won the fight by knockout in the second round.[2]” At this exhibition full-contact bout, the announcers coined the term Kickboxing. Joe Lewis went on to defend his title ten times. The rules for fighting were still embryonically lacking weight classes, and most fights continued until only one boxer remained standing.

The sport continued to refine with the formation of two sanctioning bodies, the Professional Karate Association (PKA) and of the World Kickboxing Association (WKA). These two bodies developed a ranking system and sanctioned bouts worldwide. Several other organizations have come and gone since the mid-70s. The fighters also improved their art by including western boxing techniques and better physical stamina training.[3]

Kickboxing blending with Muay Thai during the 80s, eventually branching into the Mixed Martial Arts sport fighting. There are still Kickboxing bouts, but the field of options has expanded into various forms and governing associations. The most popular one is the UFC.

A few of the early fighters became legends in the sport. Here is a brief list of the most popular and my favorite.

Joe Lewis was a Marine and former high school wrestler who studied Shorin-Ryu Karate in Okinawa between 1954-1955. Lewis earned his Black Belt in seven months. After his return to the United States, he entered many point sparring tournaments taking first place in many bouts. Through his continued training with various instructors and his experience in the ring, Lewis developed an influential full-contact fighting art.[5] His art continues through his website Joe Lewis Fighting System. If you are interested in learning his system, join their online training and access to regional seminars.

Bill Wallace is an Airman who studied Shorin-Ryu in 1967. Wallace began to enter point-fighting tournaments and achieved some success. He switched to full-contact fighting with the PKA and dominated the middleweight division. Wallace acquired his moniker Superfoot because of his swift left foot, notably the round-house kick and hook-kick.[6] After retiring from Kickboxing, Wallace began teaching seminars across the country. These seminars were very popular, leading Wallace to produce instructional videos with Panther Productions. I was fortunate enough to attend one of Bill Wallace’s seminar. If you want to learn more about Wallace’s fighting system, visit his website, and join the classes.

Jeff Smith is a Tae Kwon Do artist (taught by Jhun Rhee) who is a seven-time PKA World Champion. He is now a 10th-degree Grand Master and teaches at his Tae Kwon Do school in Virginia.[7] During his fighting career, Smith defeated many of the famous fighters in the era. His most memorable bout was the lead-in match for the worldwide broadcast of the 1975 ‛Thrilla in Manila’ featuring Muhammad Ali and Joe Frazier.[8] Learn more about Smith at his website.

John Natividad is a champion fighter who fought on the Chuck Norris team. Natividad earned the moniker Giant Killer by defeating the top 5 National ranked competitors. His most famous bout was with Benny Urquidez, which Natividad won in overtime 13-12.[9] Natividad is now a 10th-degree Black Belt in Chuck Norris’ United Fighting Arts Federation. Learn more about Natividad and his school.

The early 1970s brought about an interest in full-contact Karate in the form of Kickboxing. This testing of martial arts skills in a real fight has led to many innovative changes and a flood of modified styles. With the influence of Bruce Lee and Kajukenbo, martial arts began to move towards realistic versus traditional evaluation of their effectiveness. And this progression percolated in the 1990s with the advent of thoroughly mixed martial arts, full-contact fights.

2 thoughts on “What is Kickboxing”