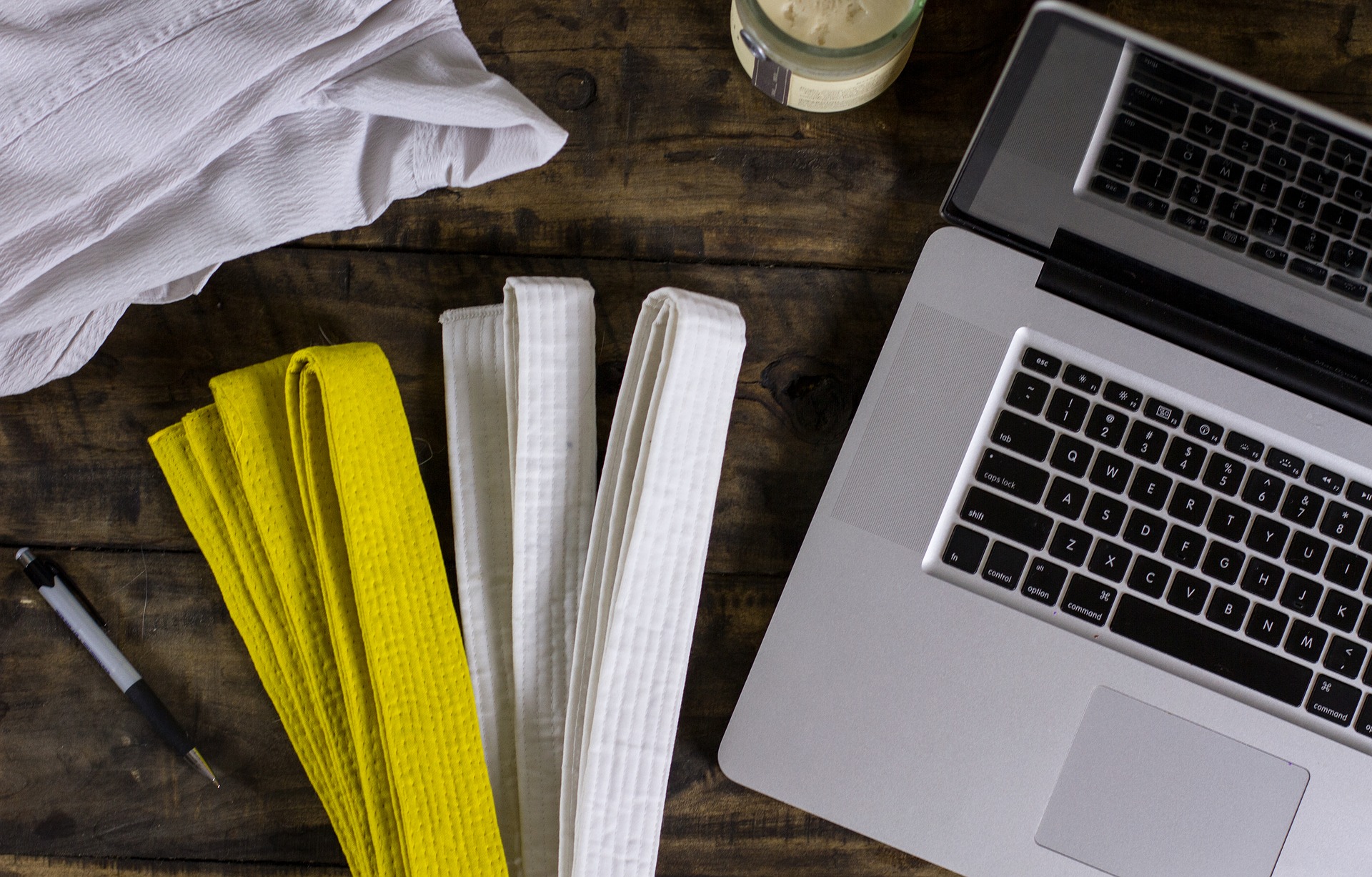 During the 70s and 80s, it became fashionable for some Kempo instructors to propagate the myth of white and black gis. Before judo, there was no gis. With the wide-spread interest in Karate-do, the bleached white karate-gi became very common.

The Hawaiians developed the use of the black gi to distinguish them from karateka. One of the arts using the black gi was Kosho Ryu Kempo. The karate-gi has no relation to the robes of Shaolin monks.

If you take the TV series “Kung Fu” as a credible source, the young boys wore black clothes. The older initiates wore white and black clothes. Once they passed the 108 Chamber Room, they could wear the orange robes of the monk.

The modern Kempo myth says the first few ranks represent being outside the temple walls trying to earn membership. Once they enter the “temple,” they can don the “black” gi. It’s quite a cute tale, but it’s not accurate.

The school’s chief instructor gets to choose what color uniform the students wear. They can choose what kind of uniform to wear. Some practitioners prefer the Kung fu uniform with turtle buttons. Most martial artists prefer uniform colored black. A few enterprising schools that emphasize street fighting use the Army battle dress uniforms.

Why Do We Wear Black

We use black gi to show our heritage from Hawaii, and it shows less dirt. Black gis has a mystique, look fantastic, and they’re handy to use in class. They’re more durable than sweats. Not as confining as “biker shorts.” And they distinguish us as a martial artist.

It also has a little to do with the Chuck Norris movie, “Good Guys Wear Black.” I’m one of his fans. In short, don’t get worked up over false traditions. If you like red, blue, black, or white uniforms, wear them.

Tracy’s Chinese Kenpo’s website has a great article or two on the origins of Kenpo gi colors and styles. Take a minute or two and read them. This style also introduced the eye-boggling checkerboard-swirl pattern that was popular in the 70s and early 80s. Our industry is now large enough to support all sorts of interesting uniforms and colors so enjoy the selection. In another 30 years, I’ll be writing about why lightning stripes on the pant legs are traditional.

At our San Diego martial arts schools, you’ll need to follow our appropriate uniform guidelines by rank and team. We developed these guidelines to be, well, uniform.