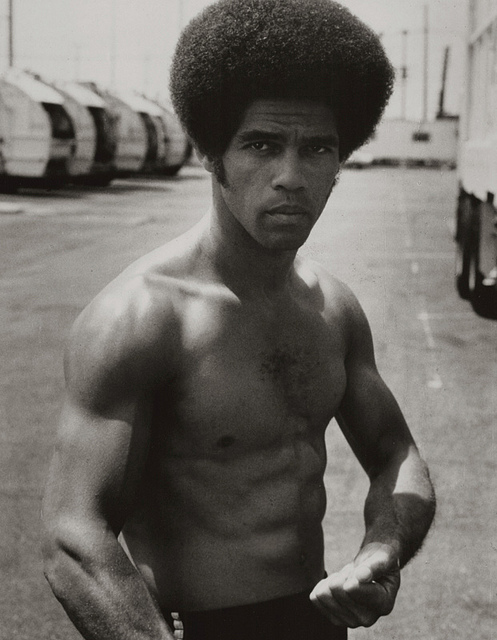 This month, we remember the inspirational life of Dr. Martin Luther King, Jr. His words and deed inspire men and women across the nation. He saw the good in every person. He saw a way to undo the injustice found in our great nation, to make it a greater nation. Dr. King’s message inspired those in the early Kenpo community too.

Steve Muhammed (formerly Steve Sanders): A talented athlete and Vietnam Veteran, Muhammed knew about effective combat measures. Mr. Muhammed earned his Black Belt under Dan Inosanto and Chuck Sullivan in Ed Parker’s American Kenpo. Muhammed ‟…established a reputation early on as one of the fiercest competitors ever.[1]” In 1969, he co-founded the Black Karate Federation (BKF) which is ‟…dedicated to promoting fairness on the martial arts tournament circuit.[2]”

Donnie Williams: Originally began training in Karate, later after his tour in the Marine Corp, Williams took up Tae Kwon Do. In the tournament circuit, he was known for high superior kicking and aggressive fighting. Williams met up with Muhammed and began training with the Kenpo artist’s deceptive fighting style. After retiring from competition, he began a film career.[3]

Jim Kelly: A talented athlete and Shorin-Ryu Karate practitioner, Kelly had an illustrious career in the tournament circuit. Kelly then opened a Karate school in Los Angeles and starred in numerous films including Enter the Dragon with Bruce Lee. Kelly was an inspiration for many Black martial artist through his films and fights.[4]

In the movie Enter the Dragon, starring Bruce Lee, Jim Kelly played the role of Williams. After Bruce Lee, Williams was my next favorite character. Williams was confident, talented, and honorable. Williams didn’t take any guff. He was a very good fighter. I was sad to see his character die in the movie, but it did mean I was a fan of Jim Kelly.

Goldie Mack: He began his martial arts career in the late 1960s. Mack was an avid tournament competitor, instructor, and stunt double for Walker Texas Ranger. “Mack has served as a Police Officer in Texas and as a Deputy Sheriff in Kansas. He has conducted over 200-300 anti-rape seminars across the nation annually for the past 20 plus years. He is the author of The Technical training Instructor’s Course, a methods text for martial arts, and…a number of training courses.[5]” I had the great pleasure of working with Grandmaster Mack in 2018.

These individuals worked hard to improve their martial arts and pass the character development qualities of martial arts training to the young men and women of their community. They helped their neighborhoods, inspired the youth to be strong dedicated, fierce, and hardworking. They knew the benefits of Kenpo transcend the harsh realities of everyday life of the 1950s and 1960s.