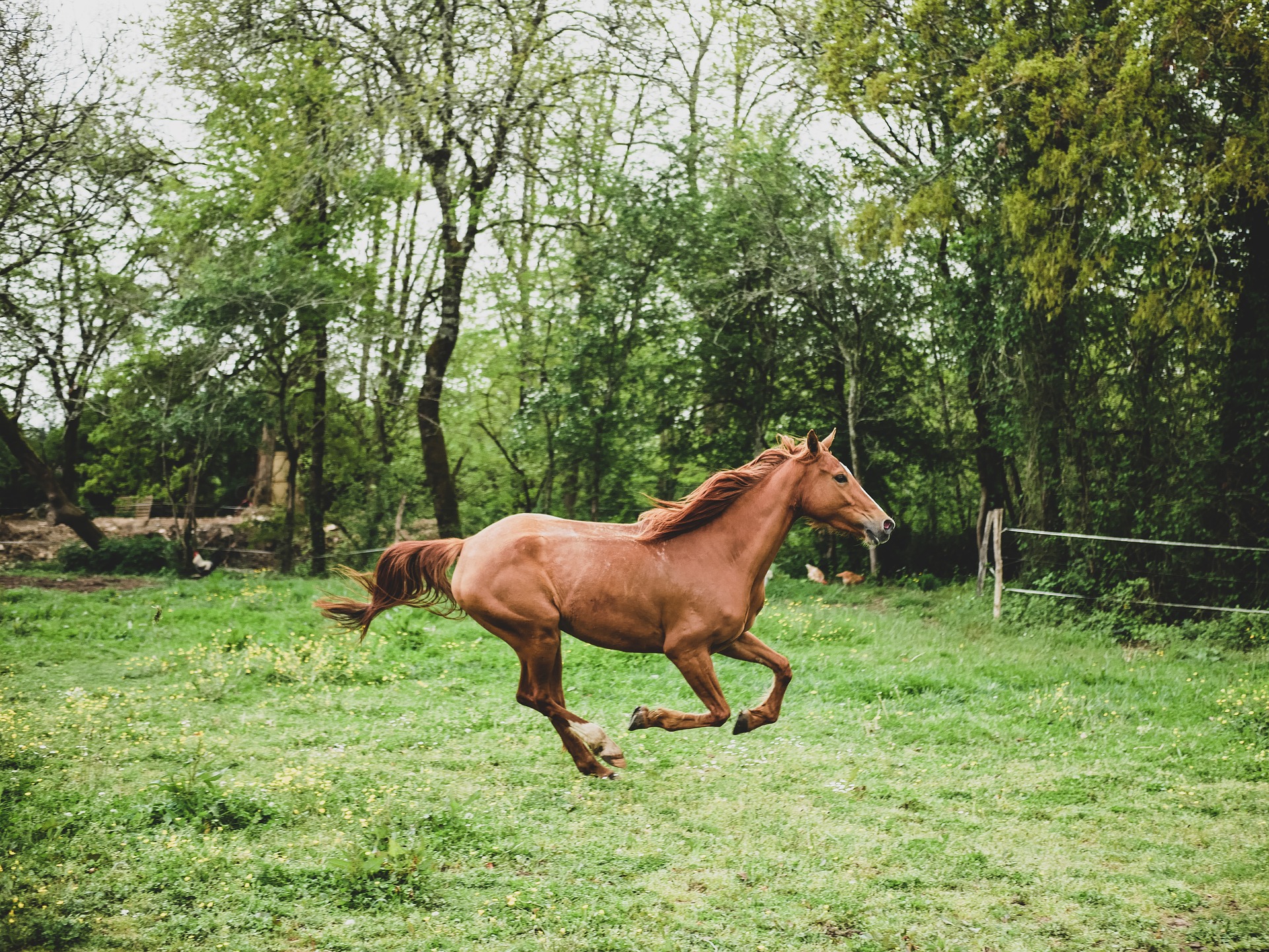 What is it? The galloping horse is a rhythmic method of striking for maximum effect. All three strikes (or more in some cases) hit the same spot on the opponent. These strikes disrupt the flesh and penetrate the target area twice. These movements are in the kata and expressed in the bunkai. If taught correctly, they should be explicit in the kata to perfect this offensive tactic.

Characteristics of the Gallop

When performed correctly, it makes the sound {ba dum, dum}. For comparison, it is similar to the horse-gallop-clap young children make with their hands and knees. Regardless of the striking point, you can hear the rhythm. It is the result of proper timing.

Why is it important? The body and skin nerves are unprepared for immediate follow-up strikes. The first strike is not hard. Instead, it is a softening blow. This first blow is often blocked or absorbed by trained opponents. The critical elements of this gallop are the second and third strikes. The nervous system is recovering from the first blow. When the other attacks hit the same spot, it causes more shock and more pain. It penetrates the body, amplifying the strike’s impact.

It softens the opponent up. After a few galloping hits, the opponent should be demoralized. This compounded pain is useful if it’s to the body, attacking the internal organs. The deep penetration of the galloping strikes will erode the defenses of the opponent.

Ideally, you will develop this with multiple hand combination routines. Don’t disregard kicks, elbows, and other strikes. It would be best if you had accuracy with each strike. The galloping horse strikes must be on the same spot to work. As with all strikes, continue to use the waist for power. Allow your body to utilize circling power generated by the waist for all the strikes. It is better to maximize a powerful strike than a weak, arm-only strike.

The galloping horse strikes maximize the results of your attack blitz. The blitz weakens the defenses of the opponent and amplifies the impact and penetration of the punches. When used with the waist power, you improve your martial form with correct movements. Rhythm is the key to self-defense and combat.

2 thoughts on “The Galloping Horse”